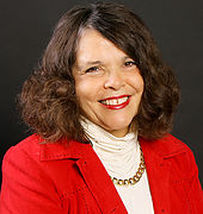 Assistant professor (ret.) teaching at the University of Northern Iowa and co-author of the books Ramps & Pathways: Constructivist Approach to Physics with Young Children and Developing Constructivist Early Childhood Curriculum: Practical Principles and Activities, Christina taught young children for over 30 years. While at UNI’s Regents’ Center for Early Developmental Education directed by Dr. Rheta DeVries, she worked closely with classroom teachers across the state of Iowa to develop constructivist activities for young children and helped establish Freeburg School, a demonstration school for Constructivist Education. At Freeburg, Sales served as a teacher and curriculum coordinator where she, along with Freeburg faculty, continued to develop constructivist curriculum which they shared with pre-service teachers and teachers in the field. Sales has made
numerous constructivist
educational presentations throughout the world. Her current focus is working with classroom teachers, conducting workshops, and constructivist education consulting. She received her Ed.D. in curriculum and instruction with a focus in early childhood from the University of Northern Iowa.
I have been an early childhood educator since 1967, when I graduated from college. In all those years I have always had pattern blocks in my early childhood classrooms, believing them to be an intriguing geometry activity. The problem was that the children did not share my enthusiasm. I was disappointed because I believe children learn best from activities they find interesting and challenging; my goal was to inspire children to choose the activity spontaneously rather than assigning it.


Trying to stimulate children’s interest, I employed a variety of pattern block cards printed with designs-some colored, some with just the outline of the pattern blocks-and placed them with the pattern blocks on a table hoping children would join me in completing the designs. Many stopped, completed a couple of cards and were off to other activities.


Next, I made my own pattern cards hoping to encourage children to make patterns. Once again I sat at the table and made patterns hoping children would join me. As before, children stopped by for a few minutes, made a few patterns, and were off.


Finally, it occurred to me to design Pattern Block Puzzles and asked a father of one the children in my classroom to make them out of wood. I placed them on the table and before I even sat down, the children flocked to the puzzles and stayed! Over the years, I have seen children stay at this activity for over an hour.


Because of children’s great interest and excitement as they solve the problems posed by the puzzles, I have since conducted more formal research with four-year-old children to investigate exactly what they are learning as they engage in this activity (Sales, 2007).


Prior geometry research with young children suggests that young children look at whole shapes without taking note of the parts (i.e., properties, attributes, characteristics) of a shape, meaning the number and length of sides and angles (Crowley 1987, The van Hiele Model of Geometric Thought). Although four-year-old children are developmentally too young to learn the degrees of the angles, the findings of my research indicate that as they work with Pattern Block Puzzles, they learn to distinguish among the sizes of the five angles, the area of the spaces they create inside the puzzles, and the amount of area required by each pattern block shape (Sales 2007). According to the National Council for Teachers of Mathematics (NCTM 1989, 2000, 2003). This knowledge provides part of the foundation for later mathematical understanding in both geometry and number.


National Association for the Education of Young Children and the National Council for Teachers of
Mathematics. (2003). Early Childhood Mathematics: Promoting Good Beginnings. Retrieved July 12,
2004, from http://www.naeyc.org/about/positions/pdf/psmath.pdf.

Dr. Christina SalesResearch﻿ Based Evidence*Pattern Block Puzzles are not for children under 3 years of age*

For more information about constructivist curriculum, activities and education visit
the Regents' Center For Early Developmental Education.
visit regents' site
To purchase the Ramps & Pathways book visit the National Association for the Education of Young Children (NAEYC).
​
Pattern Block Puzzles are not for children under 3 years of age.